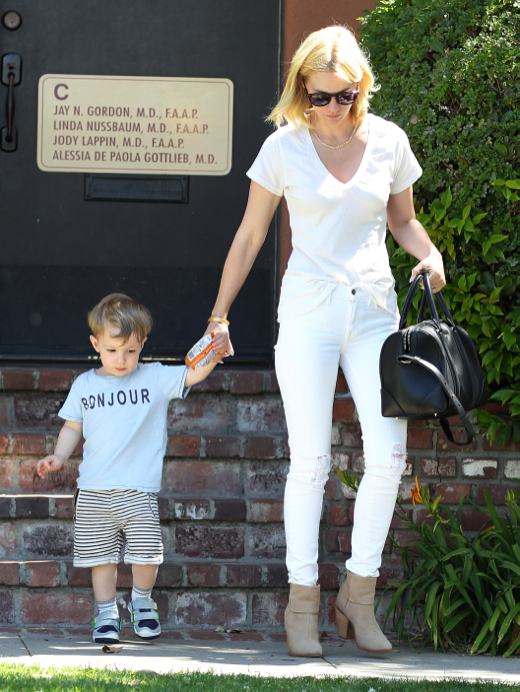 January Jones was pictured taking her son Xander to see his doctor in Brentwood, CA on Tuesday (April 29).

The Mad Men actress wore a white t-shirt and matching skinny jeans with suede booties. She held the hand of Xander who enjoyed a quick snack as they left the office.

Jones had been adamant about keeping the identity of her son’s father secret.

“It’s just not something the public needs to know.  I don’t divulge my sexual preferences. There are parts of your life — no matter what your job — that should remain private,” she told.

Her role as Betty Draper on Mad Men will be coming to an end in 2015.  The first part of the split season is currently airing on AMC.