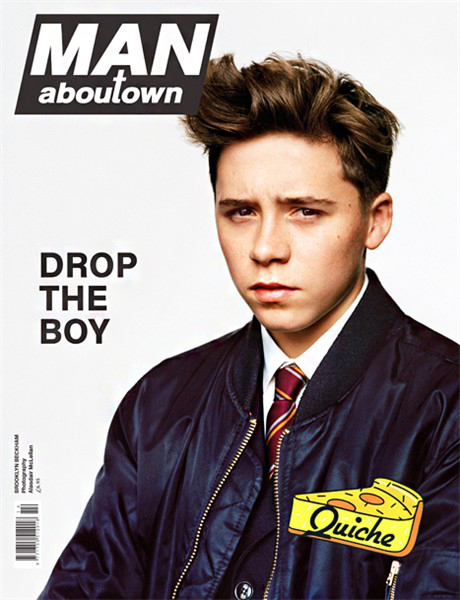 Brooklyn who is the eldest son of David and Victoria Beckham graces the cover of the Spring/Summer 2014 issue of Man About Town.

In the magazine celebrating teen style, the 15-year-old models clothing from designers like Ralph Lauren, Saint Laurent and Supreme.

“Brooklyn was a true professional and had a keen eye in the styling process,” the editor-in-chief, Ben Reardon said in a statement “It is clear that he is becoming a credit to the family name, not only possibly the most famous in the world but one with a wealth of heavyweight fashion influence behind it.”

Brooklyn’s younger brother Romeo made his modeling debut last year. He was featured on various billboard for the British fashion label, Burberry.

Kate Hudson Spends The Day With Her Boys