Kate Hudson Spends The Day With Her Boys 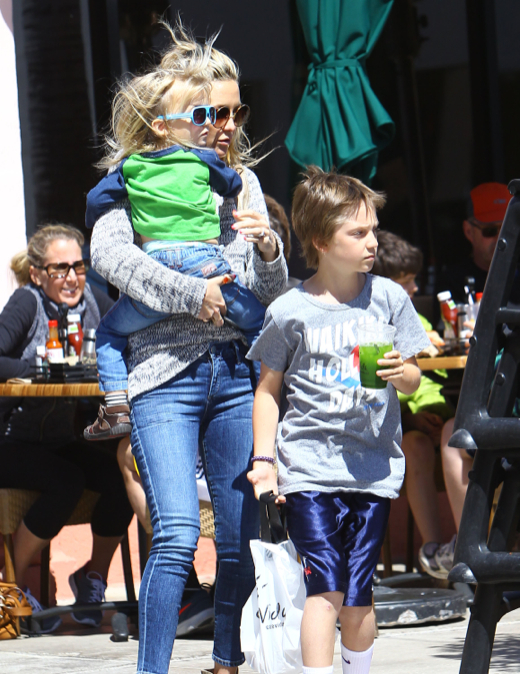 Kate Hudson was photographed taking her sons Ryder and Bingham out for some lunch in Los Angeles, CA on Tuesday (April 1).

The Wish I Was Here actress was dressed in knit sweater and skinny while carrying Bingham to their car. Ryder led the way while holding a bag and healthy smoothie.

Hudson and fiancé Matt Bellamy are reportedly fighting to save their relationship. She has been seen without her engagement ring at several events.

“Kate and Matt spent several weeks apart, and the time away was good for them as they’ve been trying to figure things out,” a source recently told E! News. “They didn’t want to end their relationship, so they took a step back for awhile to let things cool off.”

Additionally, the source told, “They had been in a rough patch and things weren’t going well. They’ve been to counseling and decided they both would like to stay together for now. Kate has never been traditional and she doesn’t know exactly what their future looks like.”

The couple put on a united front last week when they were spotted for the first time in a long time enjoying a day together in public.