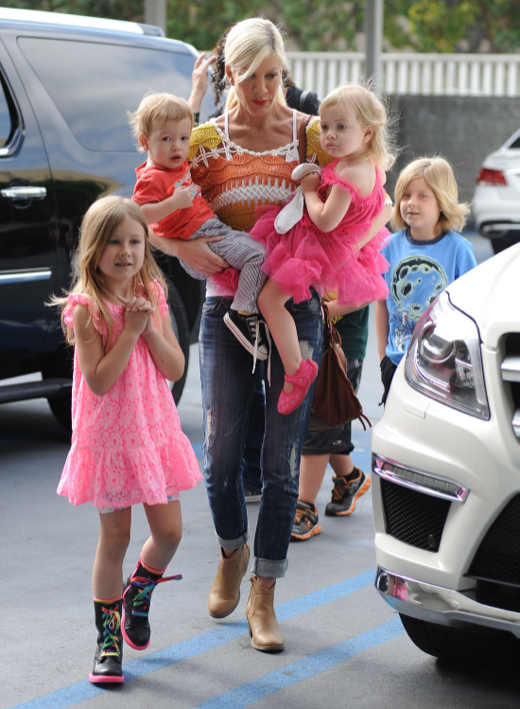 Tori Spelling was pictured taking her children, Liam, Stella, Hattie and Finn to a ballet class in Burbank, CA on Saturday (March 22).

The 90210 alumni was dressed a knitted top, boyfriend jeans and boots. She carried Hattie and Finn on her hip while Stella walked ahead. Liam followed behind.

Spelling’s marriage was put to the test when reports broke over Christmas claiming that Dean McDermott had cheated on her with 28-year-old Emily Goodhand. Shortly after, he checked into rehab.

On a brighter side, Spelling will star with Jennie Garth in the ABC Family television series Mystery Girls of which she will also be an executive producer.  In the sitcom the two play former detective television show actresses who find themselves in a situation where they are investigating real life mystery cases.