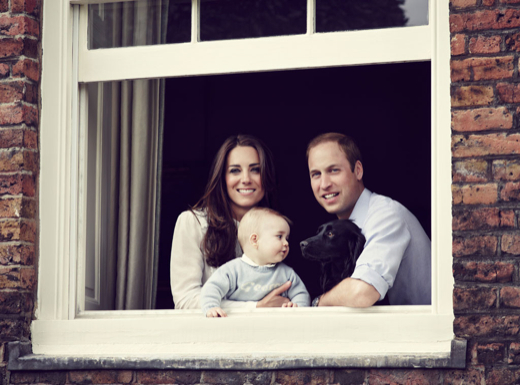 The prince is growing up!

The royal family released a new official photograph of Prince George with his parents, the Duke and Duchess of Cambridge.

In the photo, taken by royal christening photographer Jason Bell, the family is looking through an open window at their Kensington Palace home. The eight-month-old sits in Kate Middleton’s arms while Prince William holds their dog, Lupo.

The photo comes just ahead of their tour of Australia and New Zealand.

The three week tour will begin in New Zealand on 7 April.  They then fly to Australia on 16 April.

The visit to Australia and New Zealand will be Prince George’s first official overseas tour.