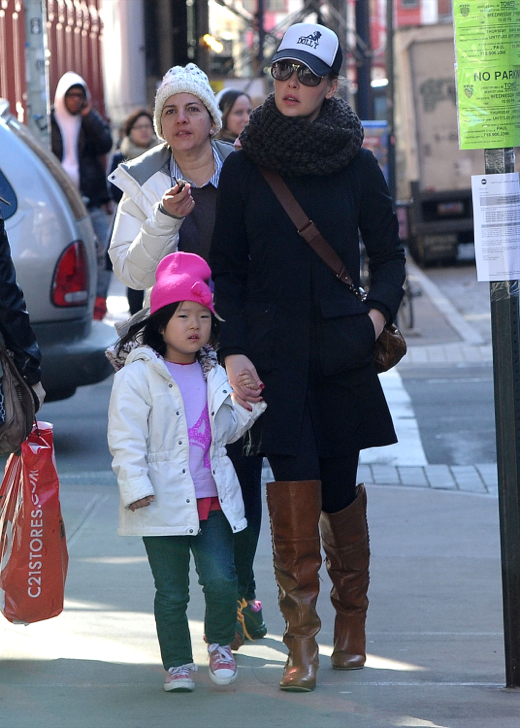 Katherine Heigl was pictured taking her daughters Naleigh and Adalaide to a play date at Citibaby in New York City on Tuesday (March 18).

The North Of Hell actress was dressed warmly in oversized scarf, jacket, tights and knee high boots. She held Naleigh’s hand while a friend carried Adalaide behind.

It was recently announced that Heigl split with CAA and signed with WME agency.

Her next project is the television pilot State of Affairs, set for NBC.

The drama is about a CIA officer plucked from the field to become the president’s daily briefer, assuming responsibility for targeting America’s most critical threats while navigating the unique lifestyle that comes with such a high-powered job.