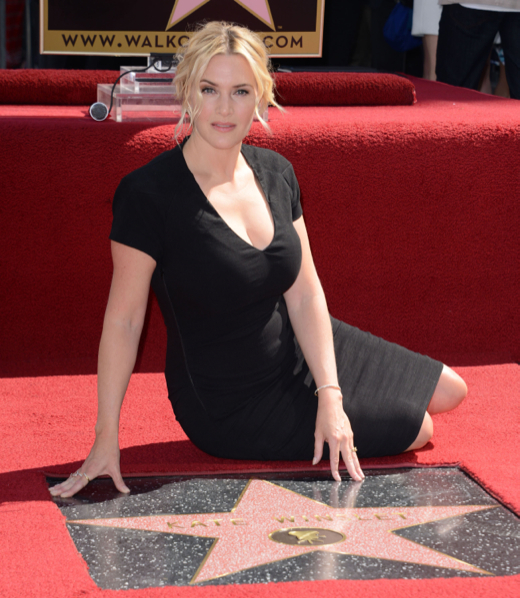 While appearing on The Ellen Degeneres Show on Tuesday, Kate Winslet opened up about her new baby son, Bear Blaze with husband Ned Rocknroll.

The Divirgent star revealed that the 3-month-old’s older siblings Mia, 13, and Joe, 10 helped choose his name.

“It was really lovely, actually, they were very much included, and we settled on Bear quite early on,” Winslet explained. “A friend of mine when I was younger was nicknamed Bear and I just had always really loved it. And he was very much a bear. He was everyone’s shoulder to cry on, he was a big bear hug, he was a great figure in my life.”

The newborn’s unique middle name is to symbolize the first time Winslet and Rocknroll met.

“Bear’s second name is Blaze, because my husband and I met in a house fire basically. Well, we did,”  she told.

Winslet and the Virgin Galactic executive first met back in August 2011 on Necker Island, the private island of Sir Richard Branson, Rocknroll’s uncle. Winslet, her then-boyfriend, model Louis Dowler, plus Mia and Joe, were among the 20 people who escaped unharmed from a devastating fire that destroyed Branson’s luxury home on the estate.

“The house burned down and we survived,” Winslet explained. “But we wanted something of the fire, and so Blaze was the name that we came up with.”

The British-native also opened up about experiencing her first-ever earthquake in Los Angeles early Monday morning.

“It’s 6:20 something or other and I’m sitting in the hotel here in LA and I’m pumping because I have a 14 week old baby. I’m here for 48 hours I couldn’t bring him. It’s too far. It’s a 12-hour plane ride. And so I’m pumping, starting at my beautiful picture of my beautiful baby boy and my husband’s on the other line and the room starts to shake,” she said of the 4.4-scale quake. “I hung up, ran into the doorframe with my friend who was with me and she’s like it’s an earthquake.. .I just carried on pumping through the whole entire thing.”

Check out the show to today to watch the full interview!