Hilary Duff Enjoys an Afternoon in the Park With Luca 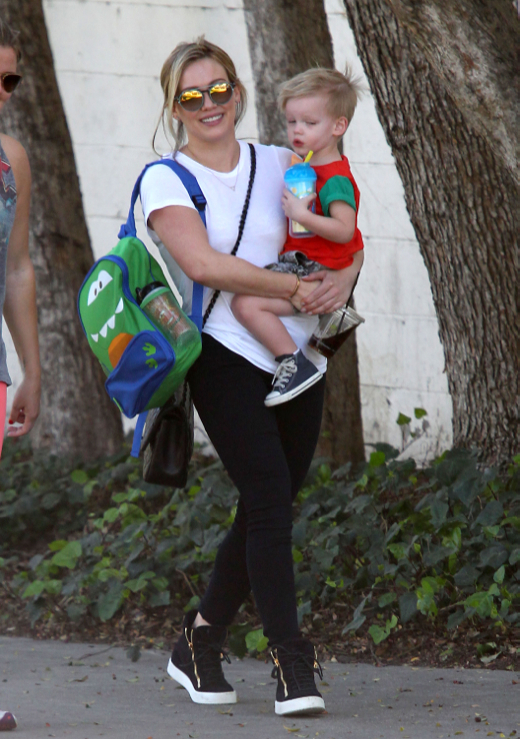 Hilary Duff was seen enjoying a relaxing afternoon with her son Luca and a friend at the park in West Hollywood, CA on Wednesday (March 2).

The singer was dressed in a white t-shirt, black tight and runners while carrying Luca. Duff brought some snacks and read to the toddler while sitting under a tree.

Last week, Duff shared a sweet shot via Twitter of her and Luca at a pottery cafe.

“This is before he tried to eat all the paint! We need a #bath,” she captioned the shot.