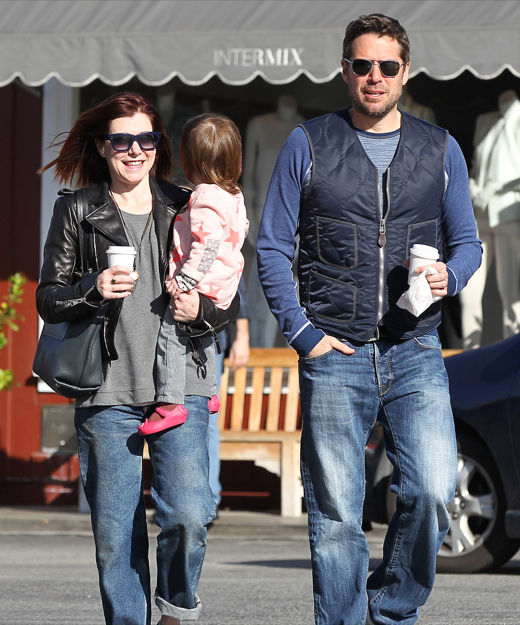 Alyson Hannigan and her husband Alexis Denisof stopped by the Brentwood Country Mart with their daughter Keeva in Brentwood, CA on Wednesday (March 12).

The How I Met Your Mother actress was all smiles while she affectionately carried the growing toddler on her hip. Denisof strolled besides the two.

Following the series wrap of her hit show, Hannigan cut her long for a sleek bob.

The star will be back on the small screen in the near future. EW has confirmed that she nabbed the lead role in the CBS pilot More Time With Family, a multi-camera comedy produced by Ben Affleck and Matt Damon.

The show stars Tom Papa, who plays a man who undergoes a career change to spend more time at home with his family. It is based on Papa’s stand-up comedy and Damon’s experiences.

Hilary Duff Enjoys an Afternoon in the Park With Luca