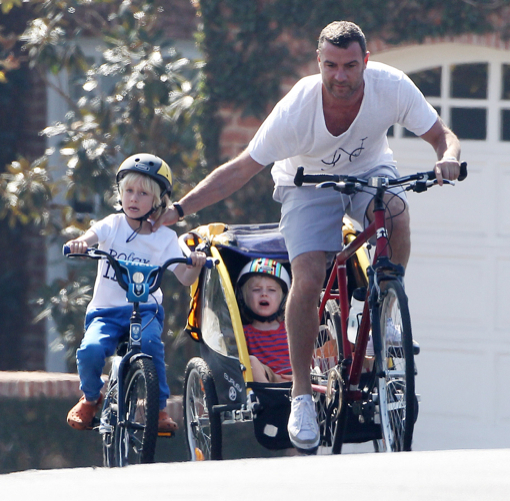 Liev Schreiber was spotted taking his boys Sasha and Kai  for a bike ride to the Farmers Market in Brentwood, CA on Sunday (Feb. 23).

The actor drove a bike with a buggy attached in which Kai sat in. He helped make sure Sasha stayed out of the way of traffic by holding his shoulder.

Once at the market, the trio checked out the various stalls and tested out a sound system.

Schreiber was nominated for a Golden Globe for his performance in the showtime series Ray Donovan, but did not take home the trophy. Bryan Cranston won the award for his role in Breaking Bead.

His wife actress Naomi Watts also has a couple of movies lined up. She will star in the upcoming While We’re Young, St. Vincent De Van Nuys, and Birdman.