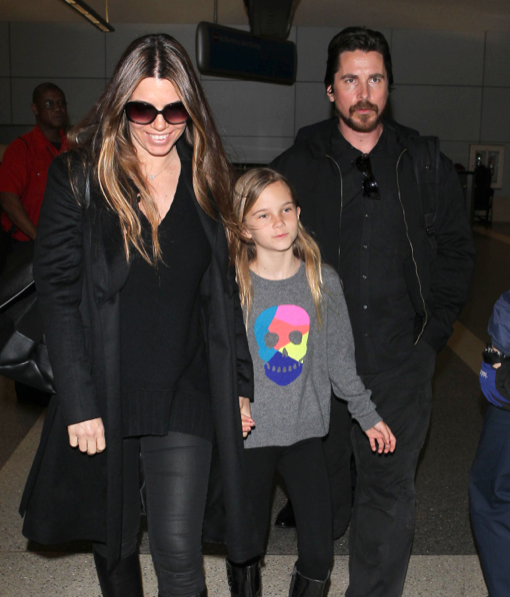 Christian Bale, his wife Sibi Blazic and their daughter Emmeline were photographed arriving on a flight at LAX airport in Los Angeles, CA on Saturday (Feb. 8).

Bale’s nominated in the Best Actor category at this year’s Oscars for his performance as con man Irving Rosenfeld in American Hustle.

“I just ate all day long and sat around lazily. My fat pot belly made me look like Father Christmas!” he recently joke of his weight gain for the role, while adding, “The gentle breeze on my head was very pleasant. My wife wasn’t thrilled, but my daughter loved it, because she could play the drums on it.”

Pregnant Gwen Stefani Looks Stylish as Usual on Day Out