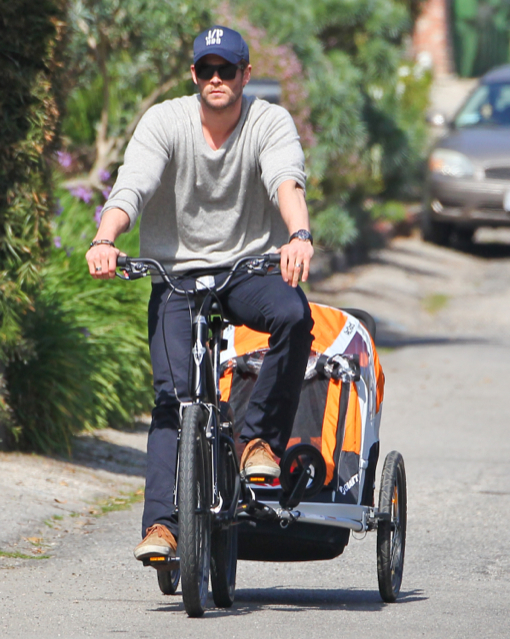 Chris Hemsworth was photographed taking his daughter India out for a bicycle ride in Malibu, California on Wednesday (Feb. 19).

The Rush actor was dressed in a grey sweater with navy pants and sneakers. He made sure to keep a low profile by wearing dark shades and a navy baseball cap while pulling the 1-year-old in a bicycle buggy.

Hemworth’s rep recently confirmed that he and wife Elsa Pataky are expecting twins.

His mom has been spending a lot of time with her while they await the spring birth of the babies.

Meanwhile, news broke last week that Hemsworth is set to reprise his role as Thor in the third instalment of the popular franchise.