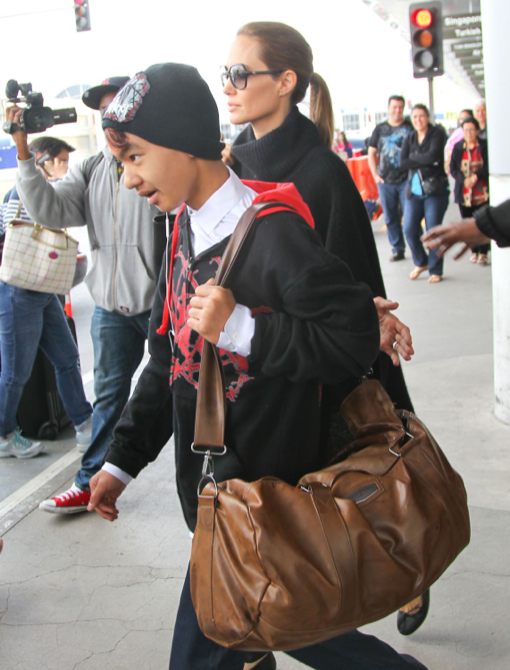 Angelina Jolie, Brad Pitt and their son Maddox Jolie-Pitt were photographed arriving on a flight at LAX airport in Los Angeles, CA on Wednesday (Feb. 17).

The Maleficent actress was dressed in a black turtle neck and pants as she headed to their chauffeured car. Maddox wore a beanie hat, a black sweater and jeans while his dad followed behind.

Jolie flew into London to walk the BAFTA red carpet alongside Pitt at the The Royal Opera House on Sunday.

The couple attended the awards to support 12 Years a Slave, for which Pitt served as a producer.

John Travolta: Losing My Son Was The Worst Thing That’s Ever Happened In My Life