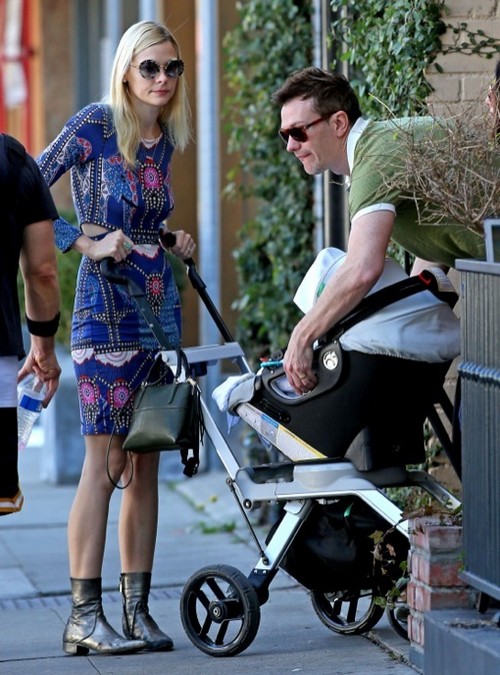 Hart Of Dixie’ actress Jaime King welcomed her first child, a son in October.  Jaime and her husband, Kyle Newman headed out to lunch with their son James at the Alfred Coffee & Kitchen in West Hollywood, California. [January 18, 2014]

The stylish Mom looked adorable in a patterned dress with a peek-a-boo-hole at the waist and cowboy boots.  The former model wore her blond hair down and had the mandatory movie star sunglasses on.  Jaime has already dropped all her baby weight and credits a mix of genetics, exercise, and organic groceries to being the key.  She explained, “Honestly, it’s genetics and I worked every day of my pregnancy on the set of Hart of Dixie filming 16 hours a day until the day I went into labour.”

Hubby Kyle was dressed more casually in a green polo shirt and jeans while he played daddy by pushing James baby carriage around.

Jaime met her husband Kyle in 2005 on the set of a movie she was working on.  Kyle was the director of the movie and within three-months of meeting they had moved in together.  The two were married in an intimate ceremony on November 23, 2007.

On January 17, 2014 Jaime uploaded a photo of their son James during bath time to twitter with the tweet, “What’s up homies #jamesknightnewman.”  Isn’t he adorable, I love the hair! 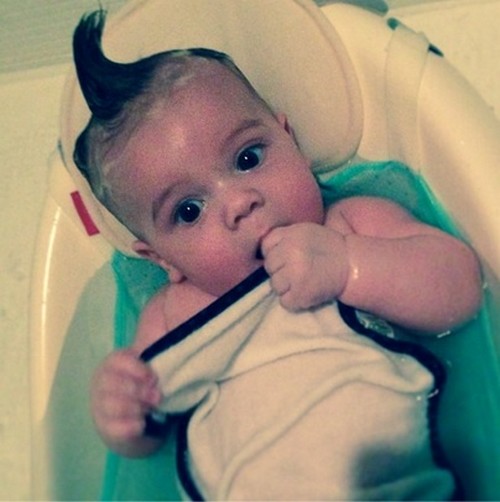