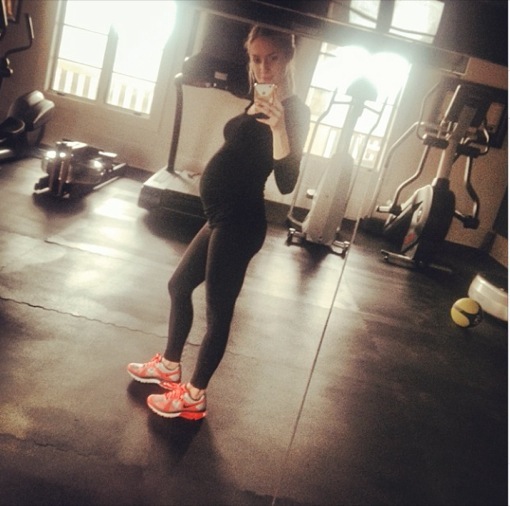 Kristin Cavallari is bumping at the gym!

The former Hills star took to Instagram to show her growing bump while keeping fit at a gym on Saturday (Jan. 18).

“Gym selfie….baby bump getting big!” she captioned the show of herself wearing black gym attire.

This is Cavallari’s second pregnancy. She and husband Jay Cutler are parents to 17-month-old Camden.

For Christmas, Cavallari’s doctor put a note with their second child’s gender in it, and they opened it on the holiday. Although, they have not revealed the gender to the media.

“I would love to have a little girl, but if i had another boy, that would be great too,” the shoes designer said in September.

Cavallari and Cutler married in June 2013.