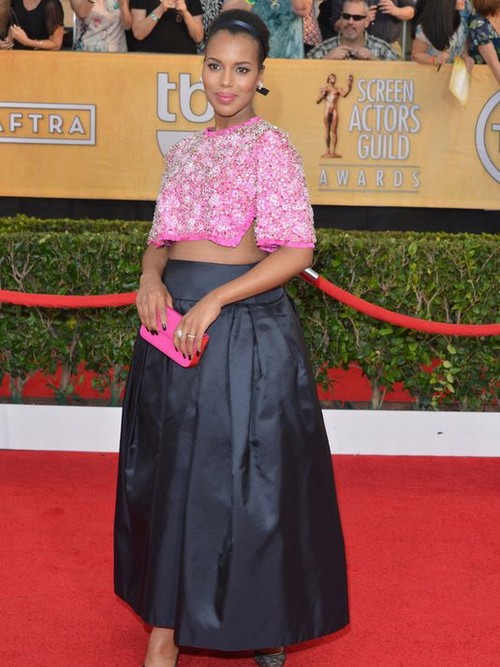 Formerly Kerry covered up her baby bump by wearing baggy roomy dresses but she feels now she can show the world her growing bump.  Hitting the red carpet Kerry said, “I don’t have anything to hide anymore, so I’m having a little fun tonight.”

Following her wedding to former NFL player Nnamdi Asomugha, last July, it didn’t take long for many to speculate the actress was pregnant.  In October 30, 2013, it was announced that she was expecting their first child.  It is believe she is around seven-months pregnant.

Kerry is really pulling out all the stops for award season.   She was also glowing at the Golden Globes on Jan. 12, 2014 where she covered her baby bump in a white Balenciaga gown.  She told Ryan she had the best date of the night, “My little accessory tonight.”   All together now, ahhhhhh!

What do you think of Kerry’s SAG Award look? Thoughts?