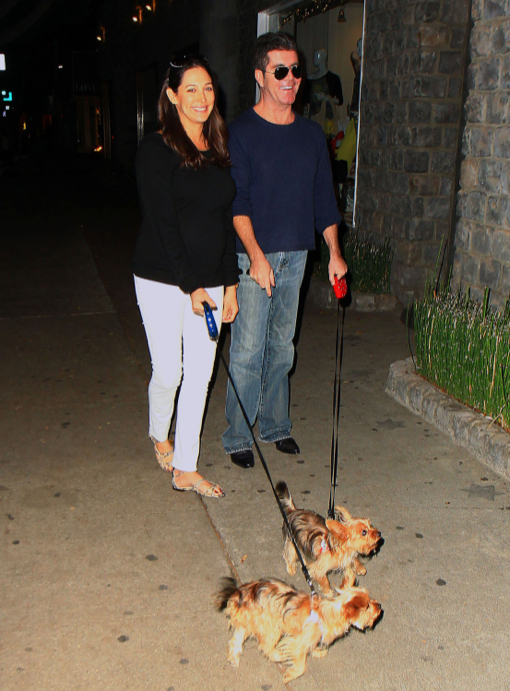 Even though Simon Cowell wasn’t technically present at his girlfriend’s baby shower last week, something he confirmed yesterday at the X Factor conference in Los Angeles, he now admits that the mother of his soon-to-be boy basically hit the jackpot: The presents would have been enough for 100 kids according to the media mogul. When asked about the whole situation, he said:

“I wasn’t there. I wasn’t invited, literally,”said the judge even though rumors point to two of his ex-girlfriends being present. “There were a lot of them,” he confirmed.”There were a lot of clothes. It looks like I’m having 100 kids right now, there are so many.”

The thing is that there three possible truths out of this statement: that it’s either true, untrue or that he just simply doesn’t have a clue about the amount of clothes that a baby needs and goes through. Why would he know? He’s never had a baby before and he sure doesn’t seem like the type that would pay attention to these sort of details. I wouldn’t be surprised in a year from now when the baby is around 6-7 months of him making that exact same statement about the baby’s wardrobe then. Newsflash Simon: Babies ruin their clothes DAILY! That could be the reason why it looks, to the untrained eye, like clothes for 100 babies.

When asked about the possibility of his future son following in his footsteps and getting involved in the music industry, Cowell said that “As long as he signed a lifelong recording contract with me, I’d be all right with that. No options,” in his usual wry, sarcastic way. Everything has to be about Simon it seems, even his undesirable comedy.

Celebrate the Holidays With Peanuts #HolidayGiftGuide