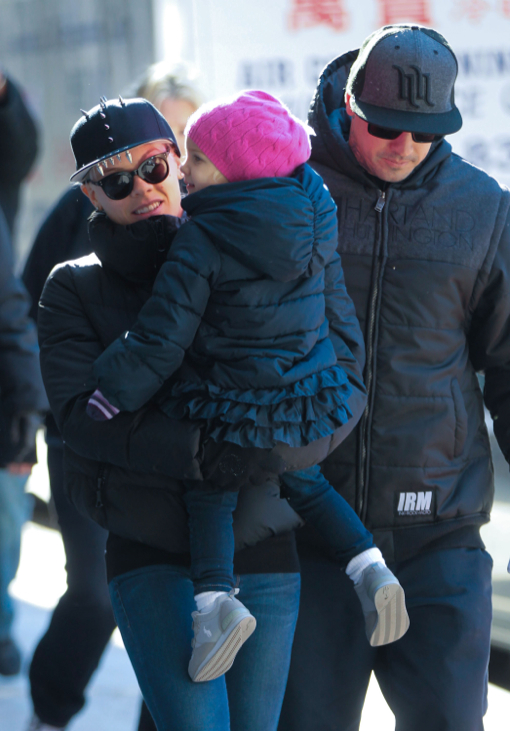 Pink, her husband Carey Hart and their daughter Willow were spotted heading for a walk on a chilly morning in New York City,  on Thursday (Dec. 12).

The singer wore a black jacket, jeans and a studded baseball cap while carrying the 2-year-old who was also bundled up in a black jacket. Hart warpped his arm around his wife.

Pink was recently named Billboard Magazine’s Woman of the Year in music and was honored at Billboard’s Women in Music Event on Tuesday night (Dec. 10).

“I wish that girls embraced their power and words and value in their youth, and not sell it or barter it and have to buy it back later in life. I wish for my daughter to grow up in a world where wonderful publications like Billboard celebrate them for their originality and individuality and willingness to be themselves, and the courage to be scary and get shit done. I wish for women to stop apologizing for those very things that make us women. And I wish for every woman that has ever helped me to know how much I feel their part in this story,” Pink told at the Billboard luncheon.

She will be performing at the 56th Annual Grammy Awards next month, where she and Ruess are nominated for Song of the Year with Just Give Me a Reason.