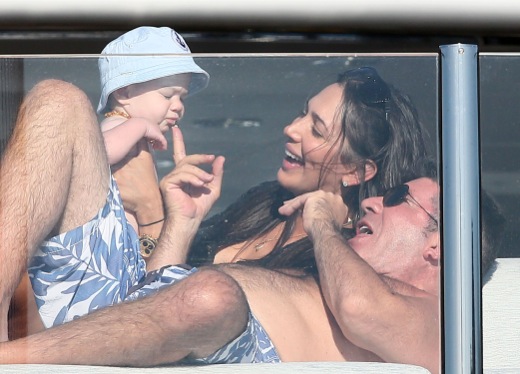 Simon Cowell, his girlfriend Lauren Silverman, and their son Eric were photographed vacationing in Saint-Tropez, France on Saturday (Aug. 23).

The X Factor judge looked smitten with his little boy as he held him up in the air. At on point, Cowell gave Eric a taste of an ice-cream he was eatting.

The music mogul and Silverman welcomed Eric in February.

In the video he uploaded last Tuesday, he lets Silverman dump ice cold water over him while vacationing on their yacht. He nominated his fellow X Factor judges Louis Walsh, Mel B and Cheryl Fernandez-Versini to take the challenge.

Hilary Duff Dines Out With Luca