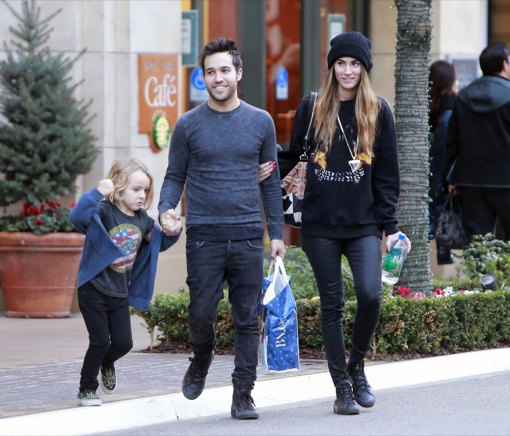 Pete Wentz and his girlfriend Meagan Camper took his son Bronx Christmas shopping at The Grove in Los Angeles, CA on on Monday (Dec. 9).

The Fall Out Boy singer was dressed in a navy sweater and pants while holding Bronx’s hand. They visited Santa Claus before picking up a couple of gifts.

It’s been almost two years since Wentz and Ashlee Simpson officially divorced, but according to the rocker he still has a wonderful relationship with his ex-wife.

“Yes, we are great friends,” he told E! News at the 2013 MTV EMA U.S. telecast event in NYC. “See I think the whole idea is you don’t parent for the media, you parent for the kid. And I think the most important thing is putting your kid first ,you know. None of it is ever for show and a lot of it goes on behind closed doors, but yeah, yeah we respect each other as parents and that’s the most important thing.”