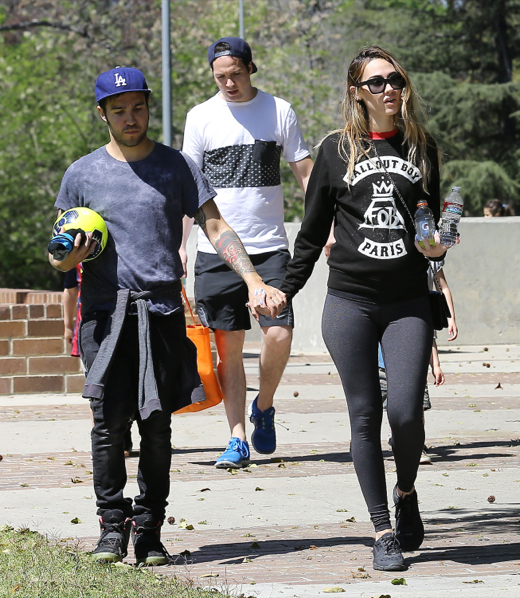 Pete Wentz enjoyed a day at the park with his pregnant girlfriend Meagan Camper, his son Bronx and friends in Los Angeles on Sunday (March 30).

The Fall Out Boy singer held Camper’s hand while he walked around the park with a soccer ball.  He played with his son while Camper could be seen rubbing her growing belly.

Last week, Wentz and his model girlfriend were seen heading to the fashionable baby store, Bel Bambini to do some shopping for their future baby.

Wentz announced the news that he is going to become a dad again via Instagram.

“We’re super excited to announce we’re expecting a baby!” Wentz captioned a shot of them resting side-by-side on a bed and sharing a kiss while he affectionately touches her stomach.