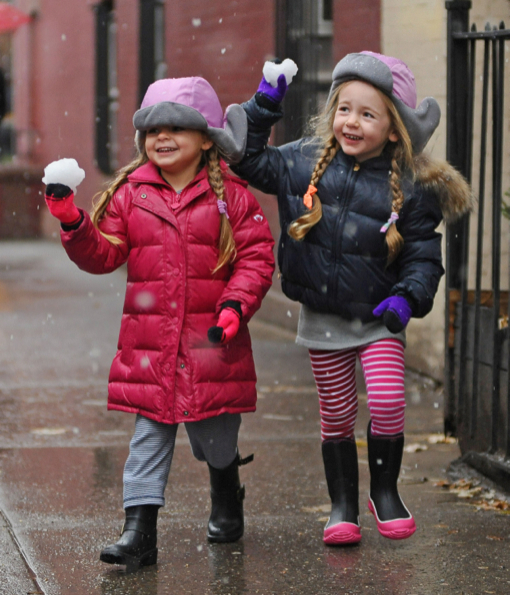 Dressed in heavy winter jackets, hats and boots, the 4-year-old girls giggled while the fresh snow fell on their heads. They then grabbed some of the snow on the ground and made little snowballs.

Parker discussed her girls’ early fascination with fashion back in April.

‘They pick out their own clothes every single day. They won’t listen. I just provide the clothing and a lot of those dresses they wear are from my childhood or my niece’s young childhood,” she told People. “We tell them nothing. We just give them the temperature outside and if they don’t pick enough clothing, then we say, “You need leggings or pants. You need to add something so you’ll be warm enough.” That’s all they would listen to.’

Do you let your own children pick out their own clothes?