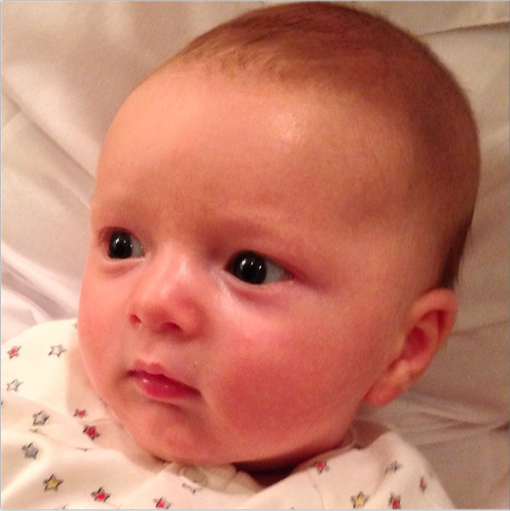 Ivanka Trump took to Instagram on Sunday to share a sweet snapshot of her 7-week-old son Joseph Frederick.

“Joseph,” the daughter of Donald Trump captioned the shot of the baby wearing star print jumper.

Trump recently revealed how she is keeping her children grounded.

“Growing up in the city, growing up being exposed to the privilege that will surround the baby makes me have to be much stricter as a parent and really make an effort to expose both of my children to the realities of the world around them,” she said. “It’s very easy to grow up in Trump Tower in New York City and be very much in a bubble, so I feel like it’s my obligation as a parent to make sure that doesn’t happen.”

Parenting through the ABC’s-Educate, Encourage, and Empower Your Child