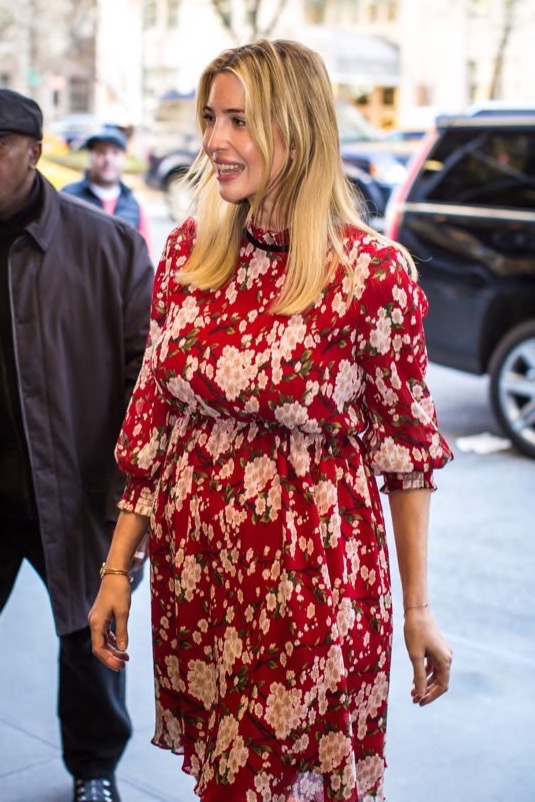 The daughter of Donald Trump wore a red flowery spring dress and flats from her shoe collection while entering their condo complex. Kushner carried their baby who was in a carseat.

After announcing the birth of the baby boy, Trump shared a photo of herself holding him at the hospital via Instagram.

The tiny tot will be the little brother to Joseph Frederick, 2, and Arabella Rose, 4.

Ivanka Trump is Pregnant With Baby No 3