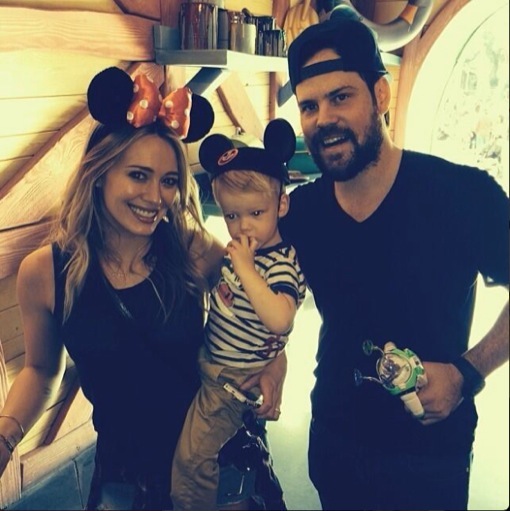 “We braved Disneyland yesterday! Luca’s 1st time…” the Flock of Dudes actress captioned a shot in which she wears Mickey Mouse ears while holding Luca who dons Mickey ears. Comrie poses next to them as he holds Luca’s Buzz Lightyear toy.

She also shared a shot of the toddler wearing his Mickey ears with his name embroidered on the back.

While appearing on CitytvToronto’s Breakfast Television earlier in the month, the 26-year-old revealed that fans should expect a new single from her upcoming album this spring.

“I think by Spring I should have a single,” she said. “The first six songs I’ve done have all been really dancey and upbeat, uplifting, happy stuff. So now I’m getting into the moody. It’s important to have that fine balance and show all your sides. It’s got a bit of an indie, dance feel.”

Are you excited for Duff’s new single?