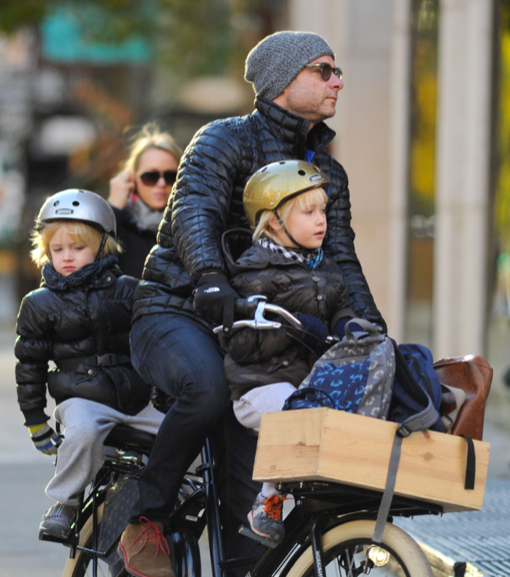 Liev Schreiber rode his sons Alexander and Samuel  to school on a bicycle while his wife Naomi Watts jogged alongside on Tuesday in New York City (Nov. 19).

The Ray Donovan actor and the boys were bundled up in warm winter jackets and gloves for the cold day. The bike had an attached box that carried their school bags.

Watts recently revealed that she and Schreiber were introduced mutual friends, but didn’t started dating till years later.

“We were at this costume Met ball … I had to be a little aggressive,” she explained. “I just said, ‘Don’t you want my digits?’ I’ve never said that before!”