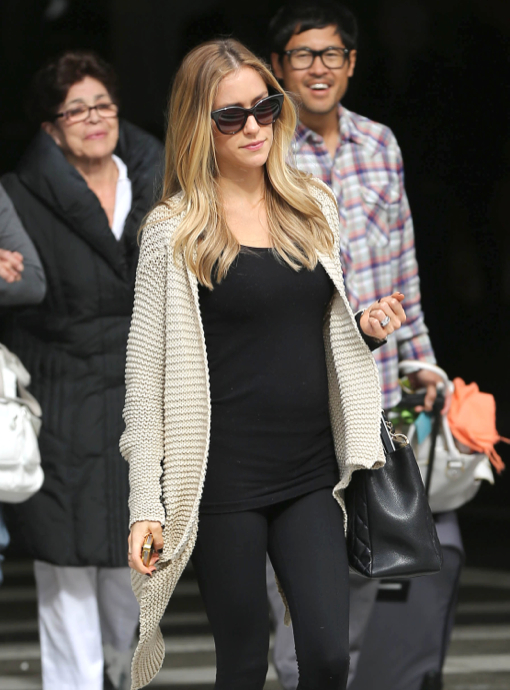 Kristin Cavallari arrived on a flight at LAX airport in Los Angeles, CA on Tuesday (Nov. 19).

The newly pregnant reality star showed off her tiny bump in a fitted black tank, leggings and booties.  She accessorized her look with a cream knit sweater, a black bag and dark shades.

“Thank you for all the love!! We are so excited for Camden to be a big brother!” she expressed to fans after the news broke.

This is the second child for Kristen who is married to Chicago Bears quarterback Jay Cutler.  The couple who have been married for four months have a son Camden Jack, who was born on August 8, 2012.