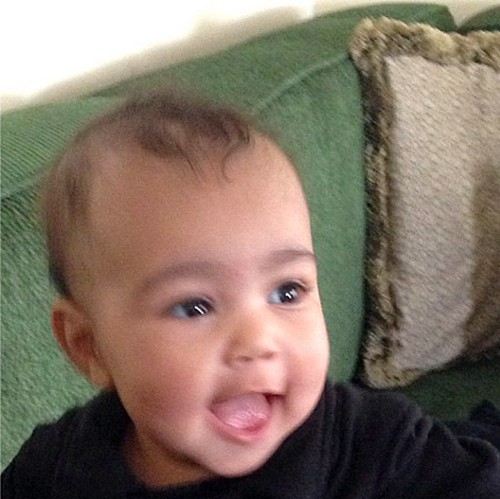 Although reality star Kim Kardashian vowed to keep her daughter, North West out of the public eye that all has changed.  Kim uploaded to her instagram account two photos of her adorable daughter.  This is actually the first time we’re seeing North in clear candids instead of grainy paparazzi photos.  Kim uploaded the photos above with the caption, “LOL.”  There is no doubt from the photo that Kanye is her Dad, she looks a lot like her Papa.

Kim uploaded the image below to her Instagram account on Tuesday night with the caption, “#NewStylist.”  In the second photo the nearly five-month old North West is being held lovingly by Riccardo Tisci.  Riccardo is a famous Italian fashion designer and Creative Director for haute couture brand Givenchy.  It seems like little North already has a stylist 🙂

Now one might ask why would Kim upload a pic of her daughter with a fashion designer?  Is this a message to Anna Wintour and her Met Gala to tell them she is relevant.  Is it because she wants to make sure she is on the guest list for the next Met Gala?  Wouldn’t surprise me.

I wonder what Kanye West thinks about Kim uploading photos of North to Instagram.  Kanye has been very verbal about wanting his daughter’s photos to be private. 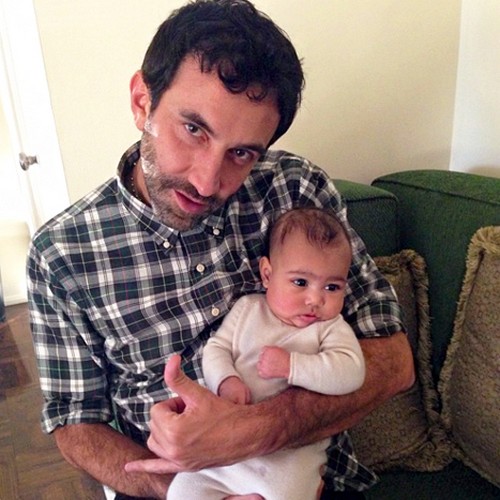