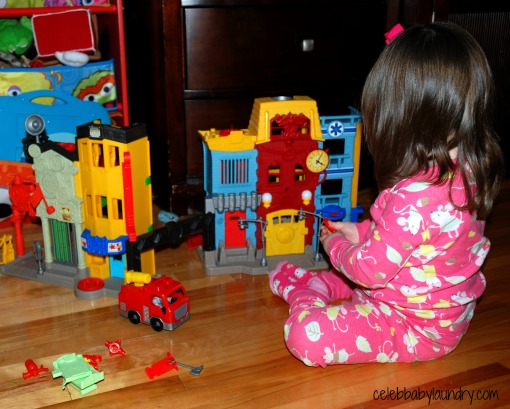 Is there anything more fascinating than children using their imagination?

Children have an unlimited ability to create the most unique scenarios in their heads while playing with  toys. They imagine things that are big and exciting to them: from saving the world from disaster to a prince fighting off a dragon to save his true love, a child becomes the essential part of that imagined world that inspires him or her. No matter what toy the child is playing with his/her imagination will always go beyond the physical appearance of the toy. The toy’s identity can be ever changing as the child continues to craft their imaginary world.

As imagination starts to soar, kids are fascinated with themes that let them build on something familiar, taking adventure to new levels with their own creative touches. For a child, inventing stories as they play offers a way to express how he/she is feeling while also discovering a sense of self. 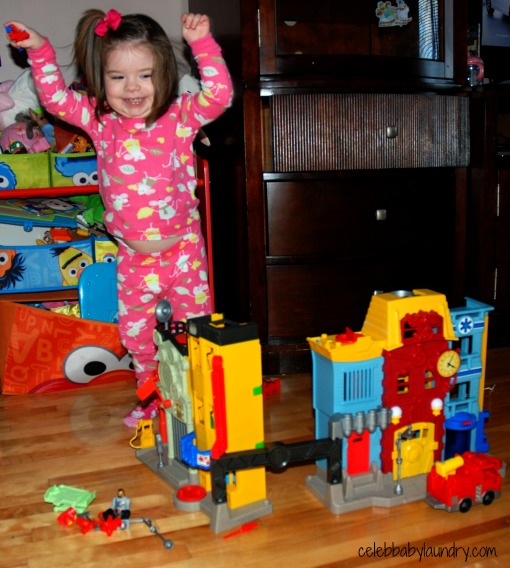 My two year old daughter, Ava, is just at the age where she started to use her own imagination. She was inspired to start doing so when her older cousin came to visit us from Toronto. Being six year’s old, his imagination is boundless. They created a racetrack in which they both had their own car.  Soon, that racetrack became the whole living room and they were following each other around pretending they were on a real racetrack.

Ava often makes herself the main character while she’s imagining. She loves pretending to drive a car like mommy and daddy. She takes a box and sits in it pretending to be a driver and asks for me to push her around, so she can feel like she is  the one actually driving.

I was recently introduced to the Fisher-Price Imaginext adventure line that empowers imagination by providing preschool appropriate entry into the exciting world of action & adventure play. Their  vision is to inspire & empower kids through imaginative play that helps them build confidence, solve problems & discover who they are. 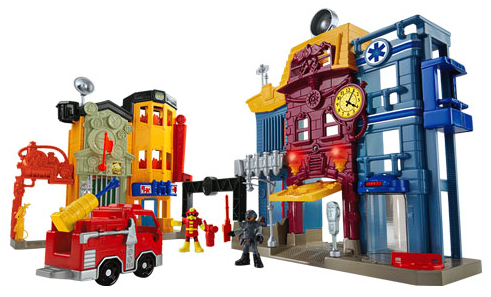 Are you ready for an adventure?

Imaginext is introducing the new Ed Venture content, including Ed as dino warrior, as a fireman and as a knight!

Join Ed Venture and his friends Dern, Kirch and Gemma on a quest to save the sun by travelling across Canada to 9 different locations, working through challenges and collecting badges to complete the mission. This adventure should take approximately 20 minutes to complete.

By taking part in their journey you will be entered  into the Contest Prize Draw for your chance to win 1 of 5 $300 prize packs. Each prize pack will include:

Limit one (1) entry per person, per email address during the Contest Period.

Visit the Imaginext Turn on the Adventure webpage to get started!

Disclosure: I am part of the Fisher-Price Imaginext Blogger Campaign with Mom Central Canada and I receive special perks as part of my affiliation with this group. The opinions on this blog are my own.