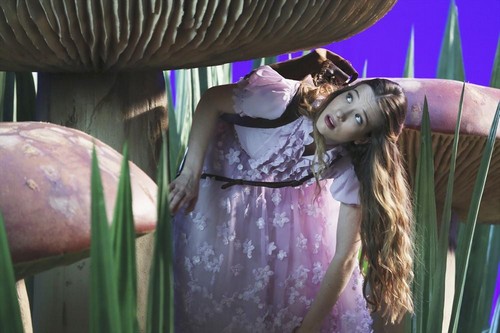 Has everyone been watching Once Upon A Time in Wonderland the spinoff from the creative minds that introduced us to the wonderful Once Upon A Time?  The show is marvelous!  It is a fantastical, epic adventure that offers an exciting new twist on the classic “Alice in Wonderland” story.The show takes through the looking glass in a modern take on a beloved fable that’s brimming with wonder, magic and unspeakable danger.

This morning TVLine is reporting that The View host Whoopi Goldberg has been cast as the voice of the wife of “The White Rabbit.”  The Rabbit is played by the John Lithgow.  We won’t be seeing Whoopi right away, she will appear in episode 8 and will appear in the current story and in flashback background stories.  In the flashbacks Mr & Mrs Rabbit will be looking back at their marriage and their lives.   What a great casting Whoppi and John are going to be fabulous together, I cannot wait!

The series stars Sophie Lowe (“Beautiful Kate”) as Alice, Michael Socha (“This Is England”) as The Knave of Hearts, Peter Gadiot (“The Forbidden Girl”) as Cyrus, Emma Rigby (“Prisoners Wives”) as The Red Queen, with Naveen Andrews (“Lost”) as Jafar and John Lithgow (“3rd Rock from the Sun”) as the voice of The White Rabbit.

Once Upon A Time in Wonderland airs Thursdays at 8/7c.  Check out the sneak peek below of tonight’s episode!