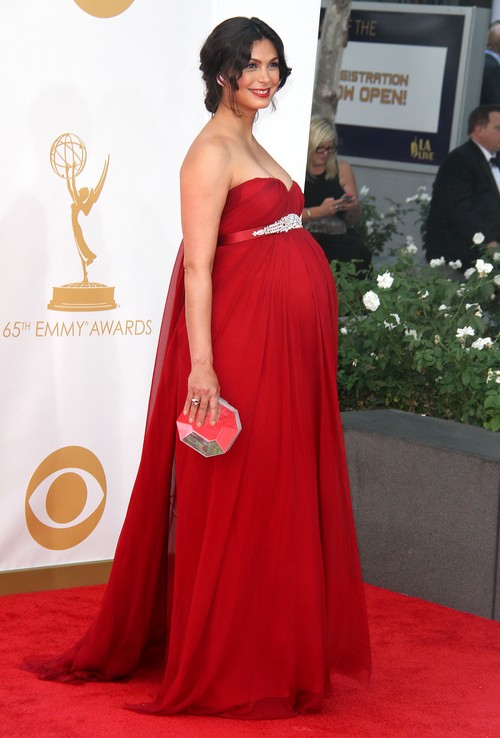 Emmy award nominated actress Morena Baccarin who plays Jessica Brody on the hit Showtime series, Homeland gave birth to a baby boy.  Morena and her husband director Austin Chick called their new son Julius.  Their son was born on Oct. 22, 2013 and  he was born at Glendale Adventist Medical Center in Glendale, Cali. and weighed just under 8 pounds.

Their rep confirmed to People magazine saying, “Julius and his mother are happy and healthy”  Although little Julius was breach Morena was able to give birth naturally with the help of Dr. Ronald Wu.  According to the magazine he is the only doctor in the Los Angeles area who will deliver breech babies in a hospital.  Morena was thrilled to be able to deliver naturally and said, “I’m so happy I was able to deliver with Dr. Wu.  Breech delivery is a dying art and he gave me the birth experience I wanted.”

This is the first child for the couple who will celebrate their second wedding anniversary this Thanksgiving.  Morena announced her pregnancy in May.  She said her pregnancy was, “really easy.”  The only craving she had was eating fruit.

Congrats to Morena and Austin on the birth of their new son!