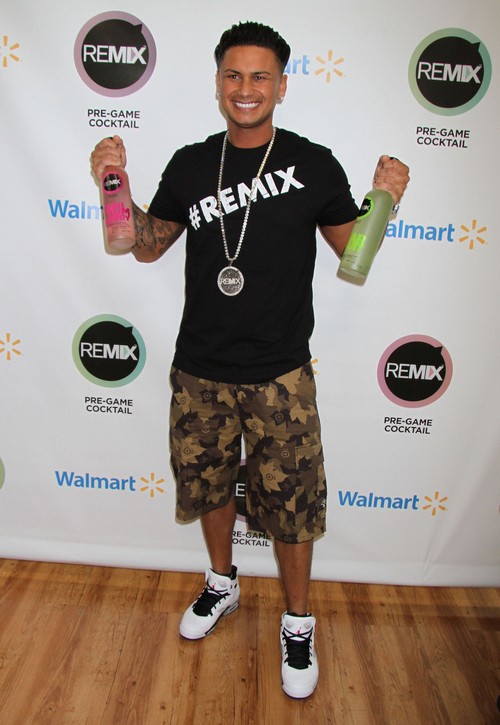 It seems Jersey Shore star and DJ Pauly D is a daddy to a bouncing little girl.  While Pauly was DJing in Las Vegas he met his daughter’s mama and nine months later he has a daughter.  The baby in question is a couple of months old and she is living with her Mom.  Pauly and the women did not have a relationship, but Pauly is, “is hoping to develop a relationship.”

This is the first baby for Pauly, he is very excited to be a father he has always wanted children.  A source reveals, “[He] wasn’t exactly planning for it to happen this way, but God works in mysterious ways.”

The mother has filed papers to establish paternity but Pauly whose real name is Paul DelVecchio has taken a DNA test and he is satisfied that he is the father.

Pauly told TMZ, “I’m proud I’m a father.  I am excited to embark on this new part of my life.”

Pauly’s castmate and friend Nicole “Snooki” Polizzi has a son 14-month-old Lorenzo so now the two can have playdates with their children.

Congrats to Pauly D on being a new Dad!