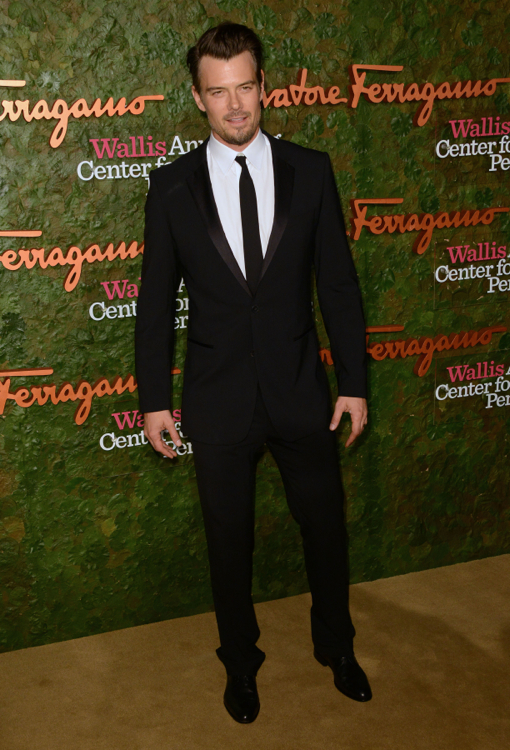 Josh Duhamel admits the hardest thing about being a dad to 7-week-old son Axl is changing his diapers.

“Timing when he’s done actually pooping,”  Duhamel told E! News at the opening of the Wallis Annenberg Center for the Performing Arts in Beverly Hills on Thursday.

“I’ll be in the middle of changing the diaper and he’ll literally spray me,” he said. “It’s figuring out when he’s actually done, when we can go in for the diaper change. You never know. It’s a crap shoot, no pun intended.”

“He just smiled yesterday for the first time, but everything leading up to that was great…I just recommend it to anybody out there who hasn’t done it,” Duhamel said.

Duhamel’s wife singer Fergie gave birth to Axl on Aug. 29 at Cedars-Sinai Hospital. He weighed in at 7 pounds, 10 ounces.