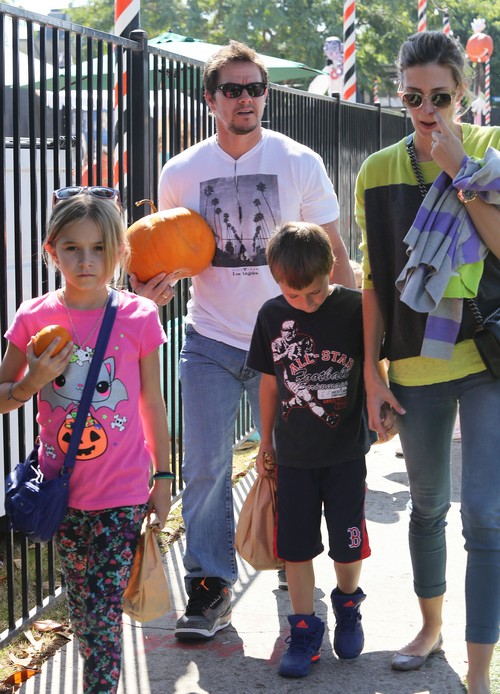 The family headed to celebrity favorite, Mr Bones Pumpkin Patch in West Hollywood, California today, October 14th, 2013.  The group picked up a few pumpkins and some treats.  Everyone was dressed casually and their daughter Ella was already in the Halloween spirit wearing a pink top adorned with bats and a happy looking pumpkin.  Ella managed to get a mini-pumpkin for herself.

Mark will next be seen in Lone Survivor and Mark will play Marcus Luttrell.  The movie is based on the failed June 28, 2005 mission “Operation Red Wings”. Four members of SEAL Team 10 were tasked with the mission to capture or kill notorious Taliban leader Ahmad Shahd.  Marcus Luttrell was the only member of his team to survive.  The movie will hit theaters January 14th, 2014.