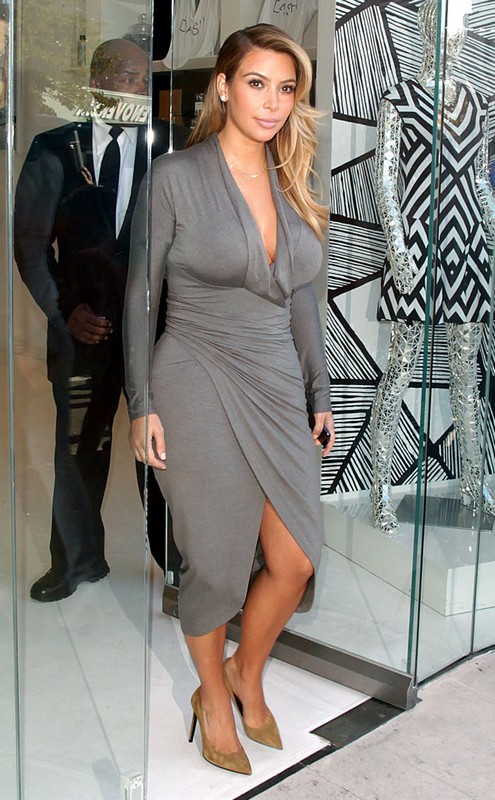 Keeping Up With The Kardashians star Kim Kardashian gave birth to her daughter North June 15th, 2013 and it looks like she almost has back her curvy figure.  During her pregnancy it was rumored that Kim put on a whopping 70 lbs.  So how did Kim lose all the weight?  Well Kim hit her twitter account this weekend and let her fans know the secret.   She tweeted, “I’ve actually been doing the Atkins diet & luv it.”

According to Us Magazine, “She is eating lots of lean proteins, healthy fats like nuts and avocado, carbs, fruits, veggies and cheese.  She wanted to be a healthy, nursing mom and not toxify her milk with her diet or lose weight too quickly. She’s been doing Atkins since her doctor approved it at the end of June.”

Of course not only is Kim on the Adkins diet she is hitting the gym to make sure that she gets her body red-carpet ready.  She even headed to the gym when she was on her recent trip to Paris.  It certainly seems to be paying off.  Kim is really working hard to get her pre-baby body back.

Since Kim has been doing such a good job at her weight loss she has decided to release a book she is just looking for a publisher.  It will be a post body visual-diary and that is why Kim has not been showing herself out in public that much.  According to a source, “She knows there are plenty of pap photos of her out there, but only she has the really personal ones that no one can get close enough to take of her.”

What do you think CBLers would you buy a Kim Kardashian visual-diary?  Hit the comments and let us know your thoughts.