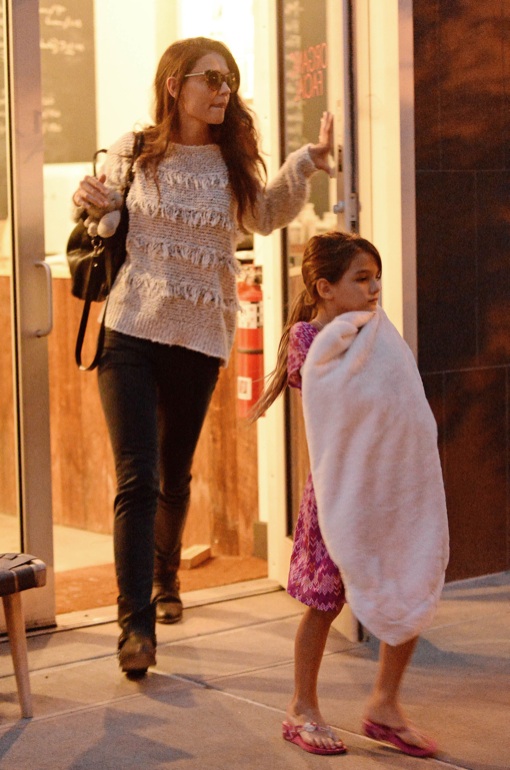 Katie Holmes took her daughter Suri for a night of pampering at the IPlaza Nail Salon in New York City on Saturday (Sept. 7).

The Jack and Jill actress watched while the 7-year-old enjoyed a manicure and pedicure. Despite having a broken arm, Suri looked happy as could be. She showed off her cast to a friend.

News that the youngster had broken her arm was confirmed last week.

“Suri did break her arm, but she is okay,” a rep for Holmes told People.