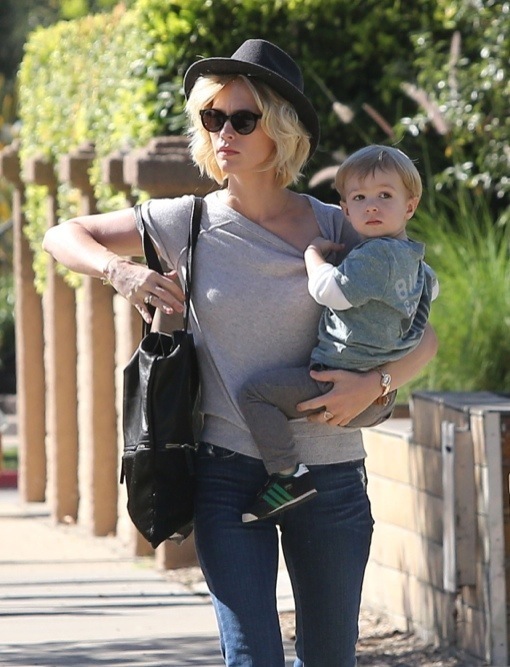 The Mad Men star wore a casual grey shirt and skinny jeans. She carried Xander who looked curiously at the paparazzi calling their names.

Wearing a custom-made Givenchy gown, the actress told Ryan Seacrest that she and her cast mates enjoy events like this even if no one wins an award.

“We always love events like this,” she said. “We know how to celebrate pretty well, even if we don’t win!”

AMC recently announced that Mad Men‘s 7th and final season will be expanded to 14 episodes with the season being split into two parts.

The Dreaded D’s of Parenting-Discussing Death