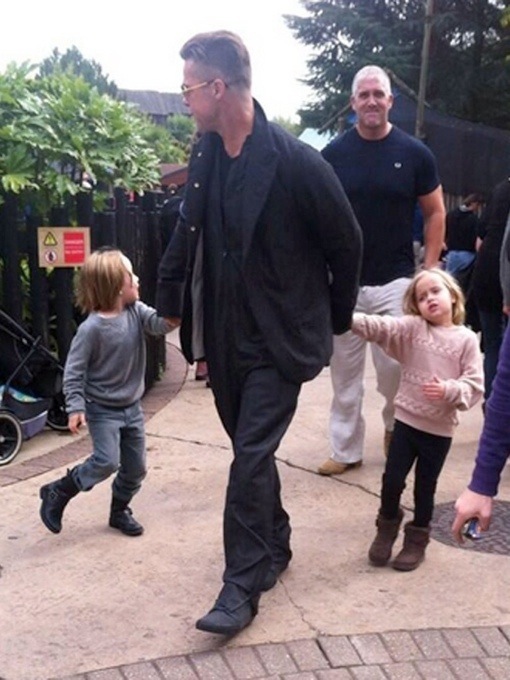 Brad Pitt took his twin children Vivienne and Knox for a day of fun at Legoland in Windsor, UK on Sunday (Sept. 29).

The World War Z actor looked like yummy daddy sporting his new short haircut and and a stylish black outfit. Vivienne and Knox followed their dad around the park while sipping on colorful drinks. The twins flew in from Sydney, Australia where their mom, Angelina Jolie is currently directing her new film, Unbroken. Maddox, Shiloh, Pax, and Zahara stayed with Jolie.

“Yeah, she’s got her hands full. I’m actually jealous,” he told of Access Hollywood of missing his family.

Pitt is filming his new movie Fury in England.