Bethenny Frankel: Strollin’ in the City With Bryn 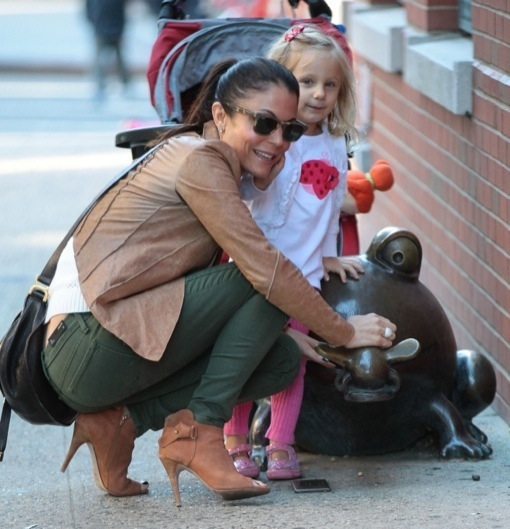 Bethenny Frankel was spotted taking her daughter Bryn out for a walk in New York City on Monday (Sept. 23).

The Skinny Girl mogul pushed the 3-year-old in a red jogging stroller while walking down the busy city street. At one point, the pair stopped to look at a cute frog statue.

The divorce drama with the reality star and her estranged husband Jason Hoppy just got nastier.

Sources claim Hoppy hacked into Frankel’s emails in addition to secretly recording her and her staff without their consent or knowledge. Their judge in divorce court ordered any such recordings to be turned over before October 15, the date of the next scheduled hearing.

The couple separated in December after two years of marriage.

Ivanka Trump On Her Second Pregnancy: “I’m So Much Less Anxious!”