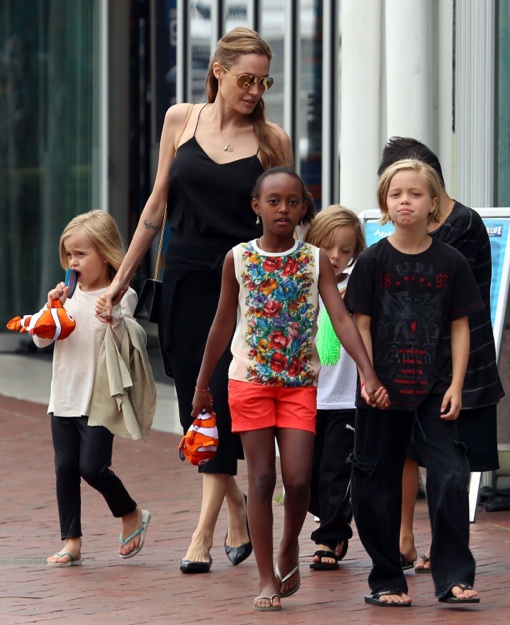 Angelina Jolie took her children Shiloh, Pax, Vivienne, Zahara, & Knox for a day out at aquarium in Sydney, Australia on Saturday (Sept. 7).

The Maleficent actress was dressed in a black dress as she held the hands of her 5-year-old twin children. Pax followed next to his her while the two eldest girls walked ahead holding hands.

Jolie is scheduled to receive a honorary Oscar for her Humanitarian work.

“The Governors Awards pay tribute to individuals who’ve made indelible contributions in their respective fields,” Academy President Cheryl Boone Isaacs said in an announcement about the recipients. “We couldn’t be more excited for this year’s honorees and look forward to bringing their peers and colleagues together to celebrate their extraordinary achievements.”