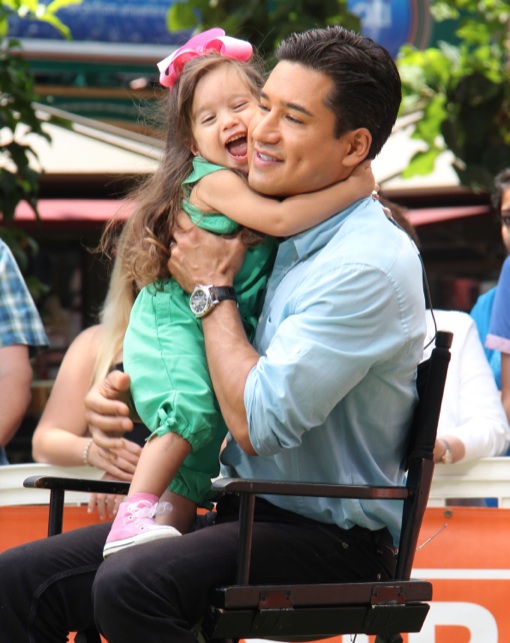 Mario Lopez  was spotted enjoying some quality time with his pregnant wife Courtney and their daughter Gia in between filming scenes for Extra at The Grove in Los Angeles, CA on Monday (Aug. 19).

The Extra host looked like a yummy daddy as he pretended to run away from his daughter while she blew bubbles at him. Later the 2-year-old showed how much she adored her dad by giving him a huge bear hug.

Lopez and his wife have opted to keep the gender of their second child a surprise.

“I’m thrilled! We don’t know what we’re having. We don’t want to know,” he told YourTango.

Gia is also excited to become a big sister.

“She’s excited. She says, “Daddy, when is the baby coming?” She’s going to be a great big sister,” the X Factor host shared.

Courtney is due in September.

Family Fun: Be a Tourist In Your Own City