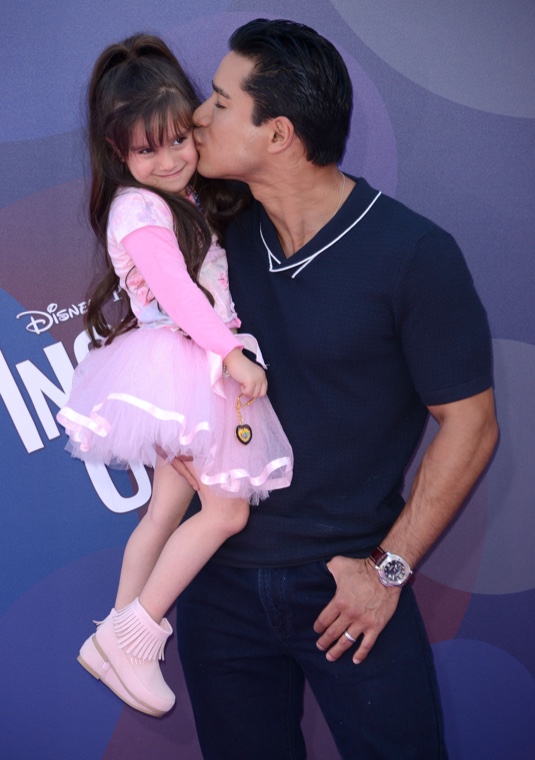 Mario Lopez took his daughter Gia to Disney Pixar’s premiere of Inside Out in Los Angeles at the El Capitan Theatre in Hollywood, California on Monday (June 8).

The Extra host was dressed casually in a navy polo shirt and jeans. He affectionately hugged and kissed the youngster who was dressed all in pink while posing for pictures.

In the June issue of Parents Latina magazine, Lopez opens up about the ‘chaos’ of raising two children.

“There are no time-outs, really. Weekends, you think you can catch up on rest, and it’s the opposite. It gets even busier. It’s a different kind of busy!” he told. “My wife and I call our son Wreck-It Ralph because he destroys everything. He’s got a lot of fire in him.”

Besides Gia, Lopez is parent to 21-month-old son Dominic with wife Courtney.