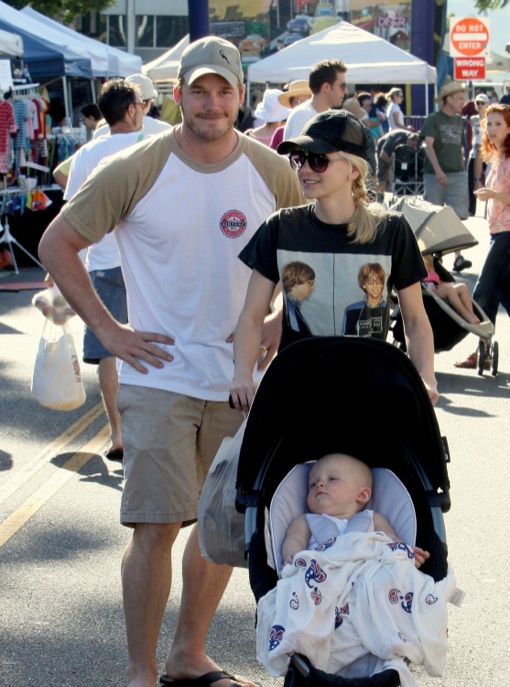 Anna Faris, her husband Chris Pratt, and their son Jack celebrated his first birthday at the Farmer’s Market in Studio City, CA on Sunday (Aug. 25)

The I Give It A Year actress dressed in a black shirt, short and running shoes while pushing Jack’s stroller around the market. Pratt took over stroller pushing duties while Faris picked up a bouquet of flowers.

The devoted mom recently opened up about not wanting to leave her son Jack after his birth.

“Different priorities,” the Cloudy with a Chance of Meatballs actress told Us Weekly about not wanting to get back to work right away. “I have a son. So I was sort of thinking, ‘You know, maybe I’ll just let my husband work, and I’ll just laze around, sit by the pool.”

Faris’ is set to hit the small screen this fall on Mom, a new CBS sitcom created by Chuck Lorre.  She will play a newly sober single-mom living in Napa Valley who’s trying to get her life in order.