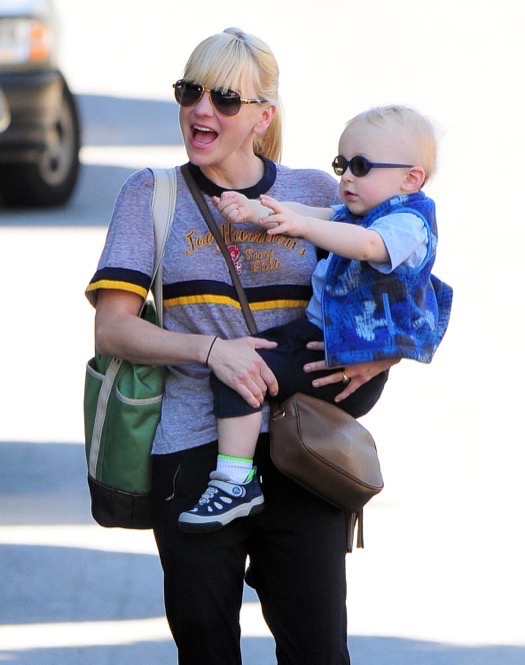 Anna Faris was photographed out and about with her son Jack in Los Angeles, California on Friday (Nov. 21).

The Mom actress was dressed casually in a grey top and black pants. She carried her son on her hip with a purse around her and a bag on her shoulder.

Faris and her husband Chris Pratt recently revealed that their son was born nine weeks premature.

“He was born at three pounds, and we were told, ‘Okay, you need to be prepared for raising a special-needs child,” she told GQ for the Men of the Year issue. “And we felt like it was devastating, but it also felt like, you know, we can do this.”

The couple welcomed Jack in August 2012.