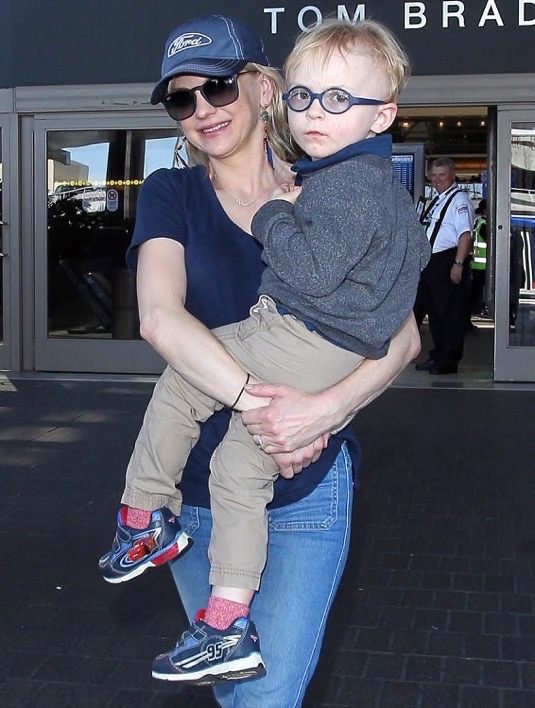 Anna Faris and her son Jack were seen arriving on a flight at LAX airport in Los Angeles, CA on Thursday (April 21).

The Mom actress was all smiles wearing a blue t-shirt a matching baseball cap and jeans. She carried the youngster who looked curiously at the onlookers and stuck his tongue out on the way to their waiting car.

Faris recently revealed that her husband actor Chris Pratt cried during the birth of their son.

“What makes up for whatever is happening down in your pelvic floor area, is Chris’ face when Jack was being born. [It was] just unforgettable,” she said during her podcast, Anna Faris is Unqualified. “He’s holding my hand and he’s just sobbing. I was so scared he would be turned off by the whole thing, that he’ll never be attracted to me again. But I don’t know, that was amazing, seeing his face.”

The married couple welcomed Jack in 2012.

He was nine weeks premature and spent a month in the NICU.