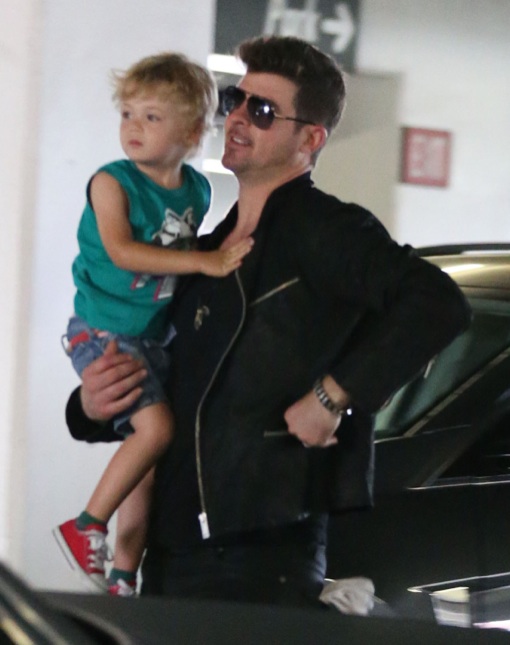 Robin Thicke took his son Julian to the movies in Hollywood, CA on Sunday (July 14).

The crooner was dressed in black jacket, shirt and pants while carrying his son to the theatre. Julian was wore a green tank shirt, jean shorts and red sneakers.

Thicke is married to his teenage girlfriend, actress Paula Patton . He recently opened up about their relationship while claiming he knew they would settle down together.

“I got started very early, I fell in love very early,” he laughed. “We were about 16 when we fell in love and luckily we have grown together. She’s an actress, she was in Mission: Impossible and she has a few movies coming out this year also. We are just very lucky to be in love and have similar success right now. She is my best friend, creative partner and everything I could ask for.”

Fergie Has The Pregnancy Glow Going On