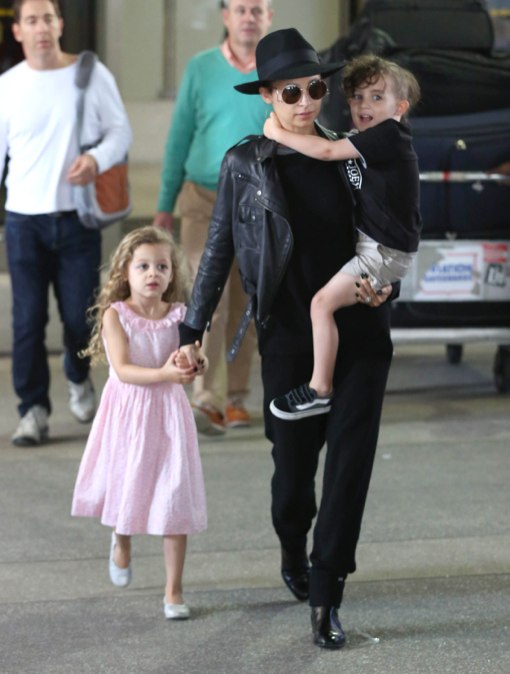 Nicole Richie touched down from a flight at LAX with her two children Harlow and Sparrow in Los Angeles on Friday (May 31).

The Fashion Star mentor looked rocker chic in a motorcycle jacket and black outfit as she carried Sparrow on her hip. Harlow contrasted her mom and brother’s dark outfits in a pink sundress and white flats.

Nicole and her kids were returning from Sydney, Australia. Nicole’s husband Joel Madden is currently a judge on Australian version of The Voice.

The programme also stars Ricky Martin, Seal and Delta Goodrem as judges of the singing contestants.

Kristen Bell: Motherhood Is Actually Better Than I Expected