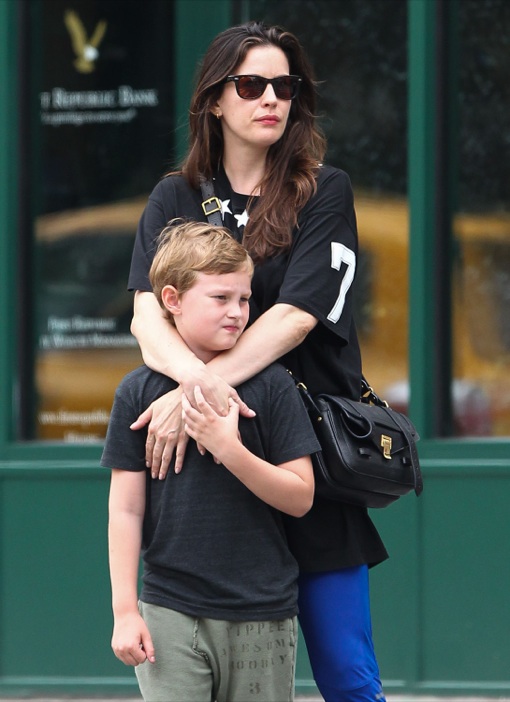 Liv Tyler was spotted out and about with her son Milo in New York City on Tuesday (June 18).

The Hobbit actress wore a oversized black shirt with blue leggings and trainers while she affectionately hugged her on a street corner. The duo bumped into celebrity chef, Mario Batali who was riding a Vespa Scooter.Liv is set to star opposite Justin Theroux in The Leftovers, a new HBO pilot.

Based on a book by Tom Perrotta, the show centers on a group of people who don’t make the cut after the Rapture occurs. Tyler will play Meg, a woman about to get married when she becomes the target of a cult.