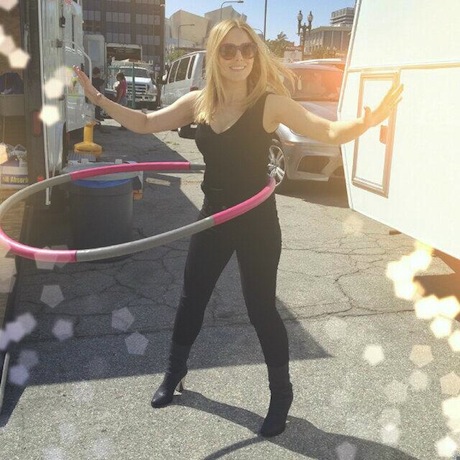 “I got off my butt and got to the gym,” she tells USA Today in a new interview. “I really have no secret. I started working out when the doctor told me that I could and I kind of put the pedal to the metal. I’m not doing anything unhealthy and I never would. But I’m trying to eat clean and keep everything on track as best as possible.”

The Veronica Mars actress took a healthy approach to gaining weight while pregnant and even joked about it.

“I’m currently quite a bit overweight,” she said in a December interview. “I’m about 367 pounds. I’m not sure how far that is in months, but in pounds, that’s where I’m weighing in.”

Kristen tweeted the above photo of her post-baby body on set of the upcoming Veronica Mars film.