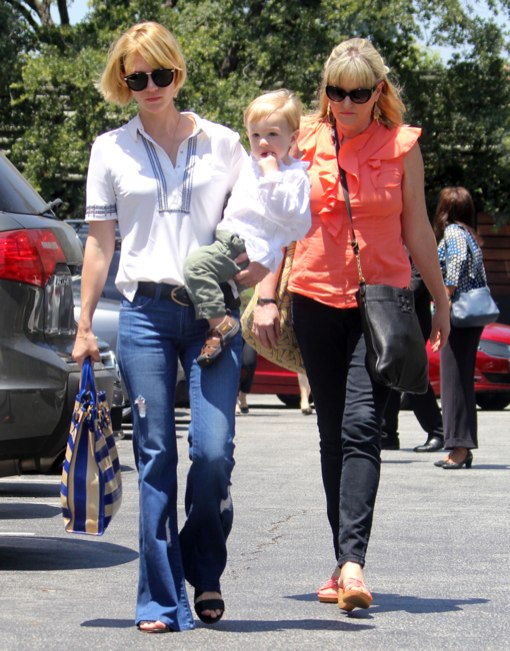 January Jones was spotted lunching with her son Xander and her mom at Houston’s in Pasadena, CA on Monday (June 10).

The Mad Men actress was dressed in a white blouse, wide leg pants and flats while carrying her son. Xander also wore a white blouse and khaki pants.

Jones recently admitted she was fully aware that she would raise her 20-month-old son Xander as a singleparent.

“I don’t have room for anything else, so I don’t know how I would have done it with a partner. I knew I would be raising my son alone,” says the star who has kept the identity of Xander secret. “It was something I went in to knowingly, I was prepared mentally — and I was excited about it.”

At the moment, the star is making headlines for her role in thedark cowboy movie Sweetwater. She plays a plays young bride Sarah, who is seeking revenge after her new husband is murdered by a fanatical religious leader.